Read to text and then fill in blank! 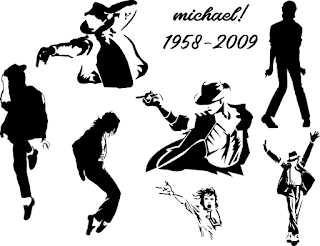 Michael Joseph Jackson (born 1958) is truly a music legend. He became a superstar at the age of eleven as a member of his family band The Jackson 5. His solo career earned him the title “King of Pop”. His studio albums have all become classics. Jackson is ….(1) famous for his high energy and completed dance techniques such as the moonwalks. He died in 2009 at the age of 50.

Jackson dominated the music charts throughout the 1970’s, 80’s, and 90’s. his distinctive vocal style, ….(2) and fashion were perfect for the new music video age. MTV ….(3) played his videos to the world. His ‘Thriller’ video had all excitement of a major movie release. Jackson became a true icon of pop culture and ….(4) dozens of today’s pop stars.

Jackson’s personal life created ….(5) controversy and earned him a nickname he hated, ‘Wacko Jacko’. He angered many by having ….(6) and lightening his skin to look white. His ….(7) was badly damaged in several high-profile child abuse cases in 2003 and 2005. The courts cleared him on both occasions.

His awards and records are proof of the ….(8) success he achieved. He won World Music Award’s Best-Selling pop Male Artist of the Millennium, and was the American Music Award’s Artist of the Century. ‘Thriller’ ….(9) The Best Selling album of all time. ‘Vanity Fair’ magazine named him the “Most popular artist in the history of show ….(10)”.

Answer the questions based on the text above!

2. What is Michael Jackson’s nickname?
Answer: King of Pop.

3. Why was Michael Jackson seen fit for new music video age?
Answer: Because of his distinctive vocal style, rhythm and fashion.

4. What was Michael Jackson’s decision that left his fans angry?
Answer: Having a plastic surgery.

5. What is the name of the song that makes him the new icon of pop?
Answer: Thriller.