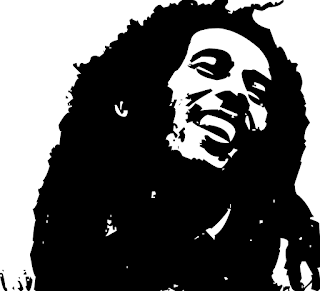 Robert Nesta Marley known as Bob Marley is the greatest reggae singer ever. He spread his reggae music and message of love, peace and unity to a worldwide audience. When he played his performances, the audience felt his biggest passion and energy.

Marley was born in 1945 at a small village in Jamaica. His father has a while skin while his mother is black. When he was a child, he received a racist bullying. Fortunately, this racist issue he received, had an impact to his song writing. At the age of 14, he made a decision to left school for music. He met members of his future band at a jam session. They decided to name their band The Wailer. It took several years before they became famous.

The Wailer’s first album was released in 1973 and sold well. When Eric Clapton had covered one of his songs in 1974, Marley got a lot of global attention. In 1975, He released his popular song ‘No Woman, No Cry’, and still regarded as a classic good song today.

Marley left Jamaica in 1976. He lived in England to record his ‘Exodus’ albums. He toured around the world and performed to a campaign against apartheid in South Africa and to celebrate Zimbabwe’s Independence. Hi died because of cancer in 1981 at the aged of 36. He continues to be an important influence on today’s music.

Answer the questions based on the text above!

1. What is the full name of Bob Marley?
Answer: Robert Nesta Marley.

2. What is the genre of music did he play?
Answer: Reggae.

3. Where was he born?
Answer: At a small village in Jamaica.

4. What did he received during his school years?
Answer: Racist issue.

5. What is the name of Bob Marley’s band?
Answer: The Wailer.